WordPress tables are a double-edged sword, in spite of WordPress' progress over the years. They are the perfect candidates to present data, but unfavorable to tell a story. If you think that's not bad enough, wait until you hear about smartphones and tablets: devices where you have even less space to display data. There are some table disadvantages you have to learn to live with, but responsiveness is not one of them.

The last major update to WP Table Manager introduced a new responsive design for tables with additional responsive options. Now, there's a newer and better version of the WordPress table manager that adds a new responsive mode and new options to help you customize responsive tables and their behavior: repeated headers.

What happens when there is not enough space to display a table? In the previous update, WP Table Manager gave you two responsive options: adding a scroll bar and hiding columns. These two modes have their applications, but if you want to avoid horizontal scrolling or hiding data, the new third mode might be what you're looking for: repeated headers.

The repeated headers responsive mode, like all other modes, defaults to a normal table when there is enough space, such as on a desktop device, like computers or laptops. When there isn't enough space, it collapses into a simpler table with two columns: the table header and the row's value. 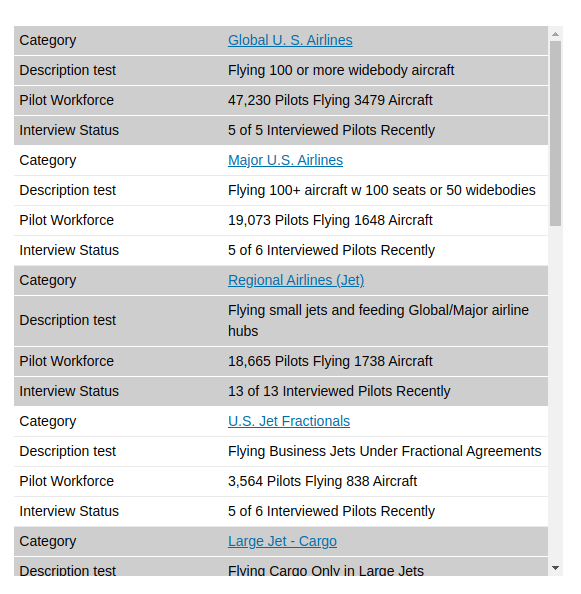 Thanks to this simple responsive behavior, the repeated headers table mode lets you add as much data as you want to your tables without ever having to worry about how it will look on mobiles and tablets. In addition, WP Table Manager uses alternating colors for rows on smaller devices: each row in the original table gets a different color, preserving the context and allowing your WordPress readers to distinguish between records.

The responsive breakpoint is the width below which the WordPress table manager plugin stops rendering the table as usual, and instead switches over to the responsive, repeated headers mode. You can estimate this value based on your WordPress theme and on how many columns you have: if you think the table won't fit below a certain width, use it as the breakpoint. 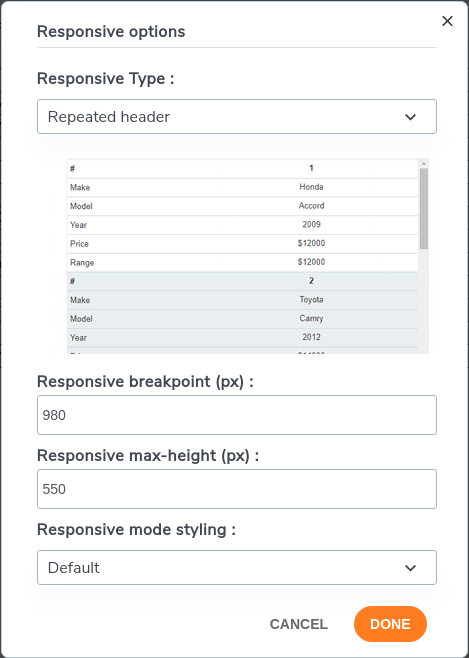 Managing and embedding WordPress HTML tables in DI...
Use Physical Server Folders for the WordPress Medi...